This isn't halal. So call it western shawarma, arabic gyros or just "some kind of kebab". 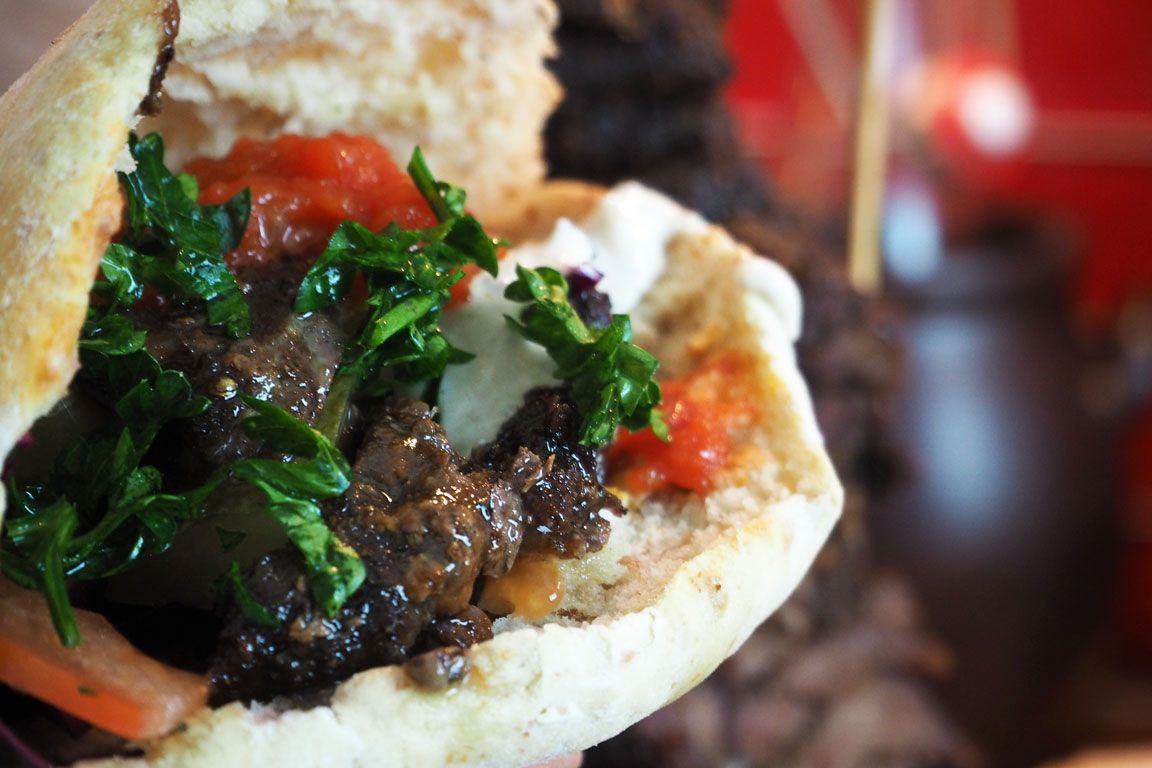 Call it kebab or shawarma or whatever you want to call it. Depending on where in the world you are, the term "kebab" can mean different things. It's meat in bread over here and I've seasoned it with middle eastern flavours. The meat being pork here makes it very none genuine but it's still tasty. You know what? You can call it gyros with an arabic touch.

Let’s start with the kebab meat

We’re going to use spices of all kinds. There is no “middle eastern kitchen”, what you eat depends a lot on where in the arab world you are. But generally they use a lot of onion, onion weed, garlic and whatever else grown locally. Cumin, cardamom, cloves, nutmeg, mint and coriander. The sour flavors come from juices (like lemon) and sumac (a plant with a very sour berry). So, let’s get a middle easternish flavor for the meat.

2 grams of each of the following dry spices:

And this is how the kebab is done

There are tons of ways to serve kebab, and the basic meaning of a kebab is different depending on there in the world you are. Some just mean that the meat is roasted by rotating over a fire. If you ask a North European they will think of thinly sliced meat of beef or chicken into a bread with salad and sauce. Either way, we’re making the “Döner kebab” style kebab but with better stuff in it. No minced meat.

I’ve gotten complaints about being too specific with grams, so in return this cabbage recipe is more liberal. But you know what? You can’t go wrong. Believe in yourself!

Some sources say you need to dissolve the yeast before adding flour, others add that you should wait with the salt until the very end or else the yeast will be sad. I’ve tried to bake pita a couple of times, and I’ve realized you can just mix all ingredients at once and let nature take care of itself. It works great.

As I said, just mix it all up and kneed it for 10 minutes in a top mixer or 20 minutes by hand. When it comes to the water, add little at a time. Mix, add a little more. And so on. When the dough comes together, you’ve added enough water. Set aside and wait for the dough to grow two to three times in size. It takes about 90 minutes, depending on how warm it is in your kitchen. Now…