Like a mix between Mexican and Italian. Because Italians eat liquorice. 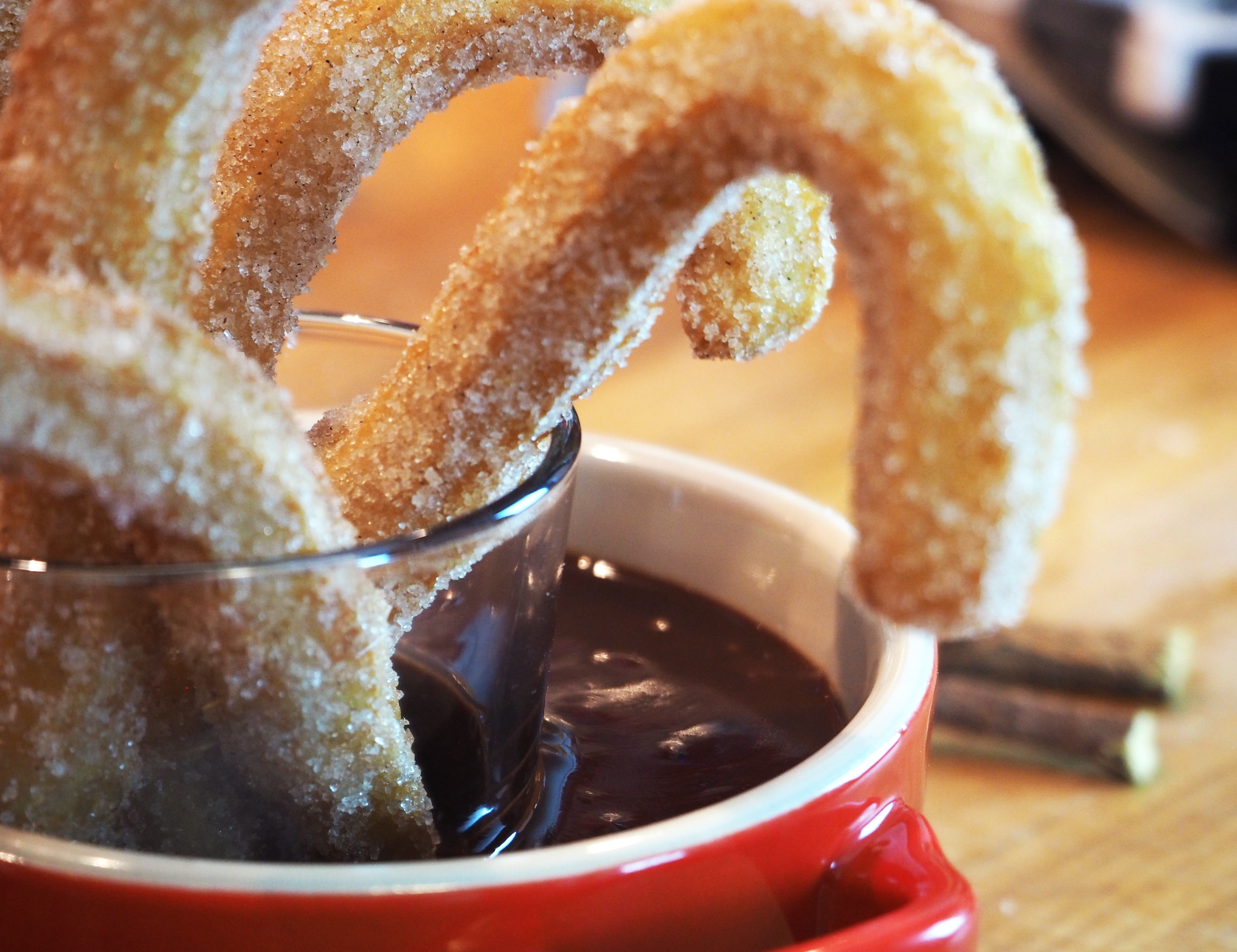 Churros is the goto festival food of Spanish speaking countries, especially Mexico and Spain. Who knows when and how it first came to existence? Some say it was invented by Spanish shepherds. Others say it churros were discovered by Portuguese sailors in Northern China. Anyway, a churro is basically a doughnut. Can be made with yeast, but I’m making the quickest possible churro because this recipe is dedicated to those who want to get fat with the least effort. The dipping sauce is chocolate with a hint of vanilla and liquorice. If you hate liquorice, use star anis. If you hate that too, just make the chocolate sauce. I mean, you wouldn’t want to try anything weird, would you?

Ingredients for the churros

Ingredients for the chocolate sauce