A new take on a French classic 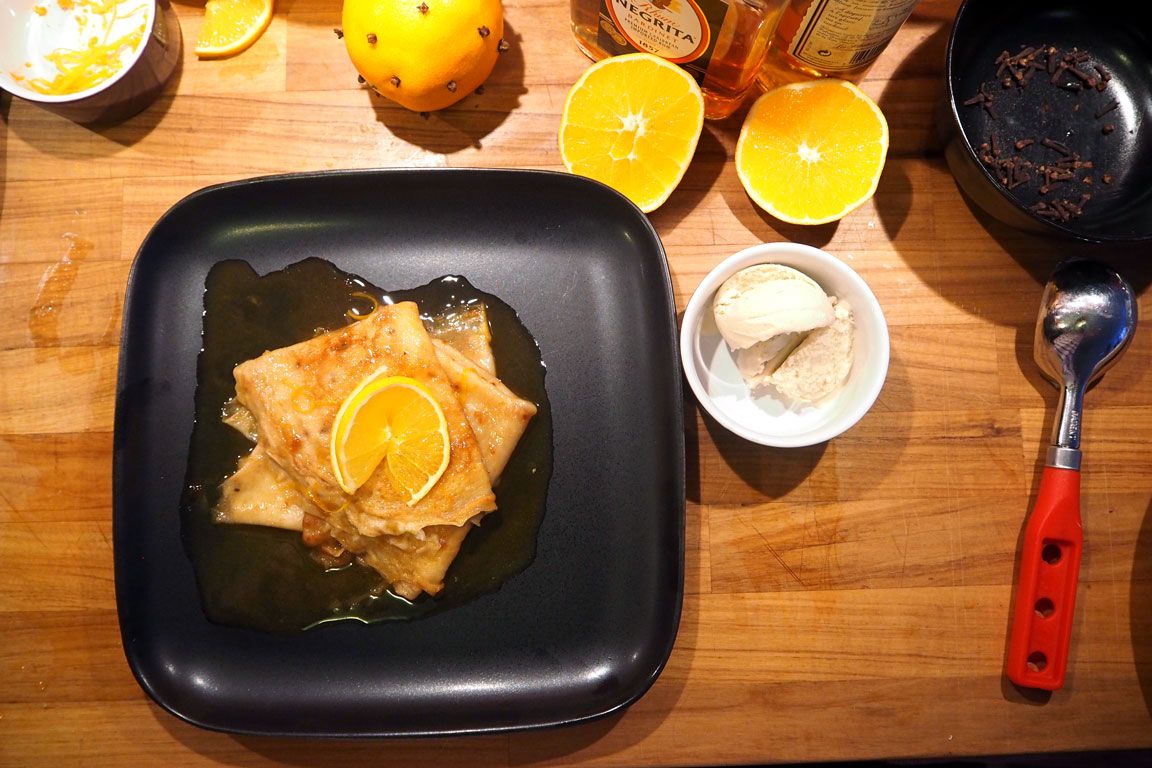 You know the Christmas smell of cloves and orange? Or the smell of citrus and cloves in perfume? Imagine if you could eat that perfume, have you ever thought about that? Like wanting to eat shampoo and scented candles? Say no more, this is the recipe for you. In the form of crêpes Suzette.  Trust me, it’s amazing.

We’ll do this in several steps. All can be prepared a few days in advance. Last step is the actual making of the “suzette part” – the serving of the desert.

Ingredients for the crêpes Suzette batter

How to fry the crêpes

Ingredients for the clove ice cream

How you make the clove ice cream

Time to make the crêpes Suzette!

Now this is how you do it: