They will pwn you with facts and logic 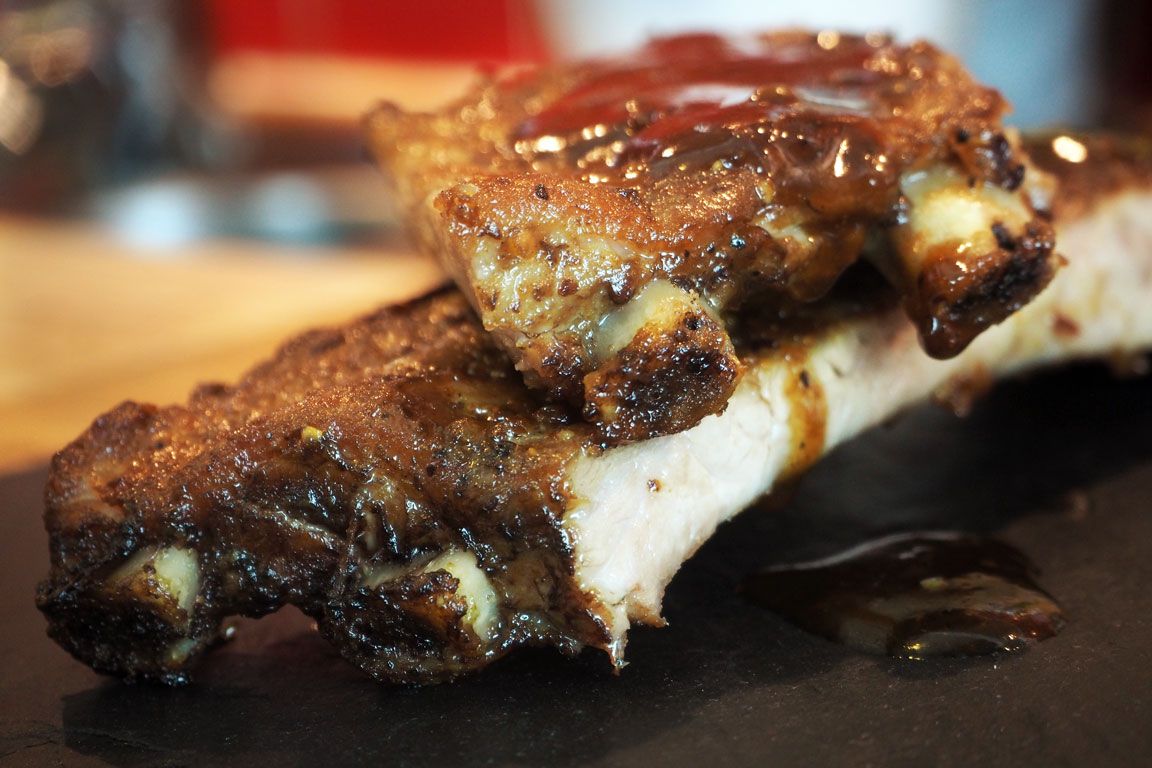 Americans know their BBQ. For the rest of us, who don’t live in the BBQ center of the world, nor have a BBQ to put the meat on, nor the weather to cook in, this is second best. I love the tomato based BBQ sauces of the north of the US, I love the sweet and smoky BBQ sauces of Texas, and I also love the very special way of doing this stuff in South Carolina. They use mustard sauces. Based on the whole concept of making mustard ribs for a BBQ, this is my take on it. And I’ve thrown in some Syracuse salt potatoes and what not. You know, it’s ok to mix food cultures, some call it “fusion”. I just call it… good.

Ingredients for the mustard ribs

Instructions for the mustard ribs

Ingredients for the coleslaw salad

Instructions for the coleslaw salad

Cut the slabs of ribs into smaller pieces and stack them on the plate. Serve with potatoes, and melted dill butter on the side, as well as some coleslaw. Oh, and remember when I told you to save some of the BBQ sauce? Now is the time to use it. Pour some on top of the mustard ribs. Now this is good.